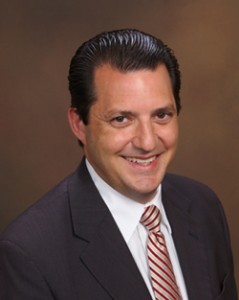 When I was attending Chicago-Kent I was selected to be the lead student while under the direction of Professor Richard Kling to represent serial murderer John Wayne Gacy in his petition for post-conviction relief. It was at that time that I realized the intrigue and complexities involved in trial work. The desire to be in a courtroom led to my first job after law school.

I began my career in 1987 as an Assistant Public Defender in DuPage County. My first assignment was to juvenile court where I was appointed to represent minors charge with delinquency petitions (alleging criminal violations), as well as act as Guardian ad Litem, for minors that were abused or neglected. I was later assigned to the misdemeanors division. While there, I tried numerous DUI and other matters before various judges and juries. Two years after being hired, I was promoted to Senior Assistant Public Defender and assigned the felony division. I remained in that position representing those charged with the most serious of crimes. Murder, drug delivery, sexual assaults and white collar offense are but of a few of the types of cases that were on my caseload.

In 1993, I resigned from the Public Defender’s Office and started my own practice in Oakbrook Terrace where I remain today. While in private practice, I realized that many of the principles and foundations of representing criminal offenders could be of use in other areas of the law. My practice expanded to include Divorce, Family Law, Real Estate, Probate, and Personal Injury cases. I continue to be appointed by the Circuit Court of DuPage County to represent respondents in Sexually Violent Person commitments, Guardian Ad Litem for Disabled adults, and in conflict matters in the criminal division.

I am an active member in the Greek Orthodox community including, Past President and Board member of the Holy Apostles Church in Westchester, current board member of St. Iakovos Retreat Center and Director of the Metropolis of Chicago Fanari Youth camp.